Get in-depth feedback on your tracks & projects

Become a Better Producer By Following One Core Concept 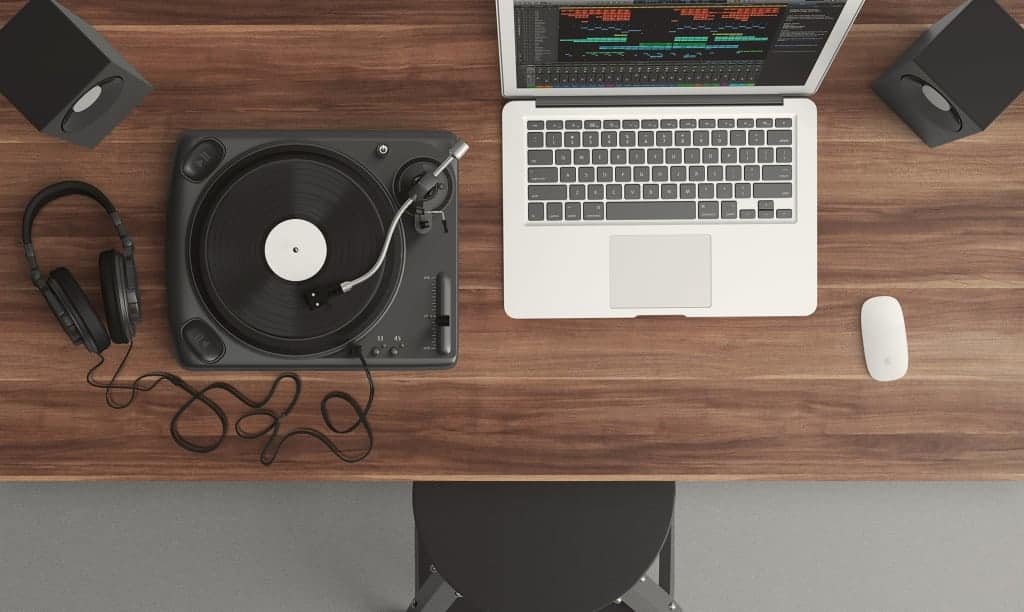 We all strive to be the best we can possibly be.  We all want to improve and learn everything there is to learn about this crazy world we call music production.  We all want to become better producers.

Whether it’s mixing, mastering, sound design, arrangement, or even marketing, there’s always something we want to get better at.

What is easy is getting lost in all the (mis)information, noise and hype surrounding electronic music production and forgetting that it’s still music.  That being said, this genre is different than any other genre of music out there today.  It’s a world where composition and technical production collide and intertwine.  It’s a world where EQ and compression are part of sound design and where reverb and delay are not just effects.

So how do you become a better producer?  Is it really an analog vs. digital thing?  Is it because you don’t have those fancy plugin collections or don’t use the same DAW?  The answer to all these questions is no.

After years and countless hours of producing, tweaking, mixing, mastering and sound designing I found myself going back to the basics.  Simple has always been better and the more I produce the more this holds true.

More importantly, I discovered one core concept that was more important than any mixing trick, mastering plugin or sound patch.

That one word took my understanding of music production and turned it on its head.

I spent years learning about EQ, compression, limiting, sound design, automation and all the “tricks” the pros were using, all of which are concepts you absolutely should learn.

But, even when I finally grasped all of that knowledge and improved my production skills, I didn’t become a better producer.  I had a better understanding of the concepts of sound engineering and music production but I wasn’t making better music.  It certainly didn’t sound better to me.

If anything I spent more time and energy tweaking plugin settings than actually making music.  It’s the curse of knowledge I guess.  It was a curse because my music wasn’t sounding any better that’s for sure.

What did transform my productions, sound quality and mixing and mastering skills was the concept of purpose.

So what do i mean when I say purpose?  I mean you need to ask yourself why?

Why are you producing music?

What does music mean to you?  Why are you even pursuing it?  Are you doing it because it makes you feel good or important in some way?  Maybe your dream is to be at the top alongside superstar producers.

I can’t tell you why you make music.  You need figure that out for yourself.  What I can tell you is that finding what motivates you to spend hours, days, weeks and months of your waking hours making music will boost your self confidence.  It will give your music meaning and purpose and help you convey your talent to the world with more impact and clarity.

Why are you using certain effects and plugins?

Mixing and mastering are massive topics that we talk about endlessly.  There are courses, books and schools dedicated to teaching them and when it’s all said and done, the tools and techniques involves are just a means to an end.

I see so many producers melt away hours tweaking an EQ or compressor not knowing how or why they’re doing it.  I used to waste so much time researching about different types of compressors or EQ plugins and how they each lend different subtitles to a sound.  Meanwhile, I forgot that actually knowing why and how to use those tools was so much more important than the tools themselves.

I quickly found myself going back to using native plugins almost exclusively and finishing tracks much more quickly.  I stopped worrying about what plugin to use and instead thought about what I actually wanted to achieve with my sound.   I went back to the basics.

It’s like having a conversation with your music or asking a friend what you want to do next for the night.  It becomes a matter of doing what’s necessary to get to where you want to be.  This applies to pretty much everything in music production.

Why are you using EQ?

Maybe you saw a video on Youtube on how to EQ a kick drum and thought that following the exact same procedure would be a good idea.  Maybe you read somewhere that you need to boost the top end on a vocal to make it cut through a mix only now your vocal sounds harsh and doesn’t sit well.  Sometimes you boost a frequency for no apparent reason and end up wasting hours.

The next time you use an EQ ask yourself why you’re using it.  You might not need it at all or maybe you need to use multiband compression instead.  But how would you know?

It again goes back to purpose.

Let’s say you have a vocal that sounds muddy and doesn’t sit well in the mix like you want it to.  What do you do?

Break it down into baby steps.

In the example above, every EQ move has a purpose and so do any mix decisions that might follow.

Why are you using compression?

The same goes for compression, one of the most misunderstood tools in music production.  You’ll make your life much easier if you ask yourself why you want to use a compressor.

Let’s use an example just like we did with EQ.

Let’s say you have a pluck sound in your track and you saw a video somewhere where a producer puts a compressor on his pluck sound.  So, you went ahead and did the same with yours and even used the same compression settings.  But, you notice that when the pluck opens up and turns into a supersaw lead sound that it gets too loud and overpowers everything else.  What do you do?

Again, let’s think about this logically.

Again, we used the same logical breakdown of the situation just as we did when we were using EQ on the vocals.   Everything has a reason behind it.

Why do you want to become a better producer?

Production is as much a logical process as it is a technical and creative one.  To become a better producer you need to combine logic, technical skills, creativity and purpose.

You need to ask yourself why you want to become a better producer and then learn how to achieve that.  It’s important to learn the basics of music production, marketing, mixing and mastering.  It’s even more important to make sure that pursuing your passion fulfills a purpose in your life.

I can’t tell you what that purpose is, you need to find out for yourself.  Here are some examples of why i want to be a better producer.

What are your reasons for becoming a better producer or even just making music in general.  Leave a comment and let everyone know and please share this article if you feel it might help someone else become a better producer.